Why I Can't Just Let it Go

It's a beautiful thing having a blog where you can express your opinions, and not get in trouble for them. I'm getting ready to do just that, so if you want to judge me, feel free. I don't really care.

Like many of you, I cried when Salvador Perez made the final out to end the 2014 World Series. But when I drove myself to school, I was blinded by tears the whole way there. I struggled to compose myself as I walked in the building, and I guess I sort of did. I trudged up the stairs with my head down, not saying a word to any of my friends. As soon as I opened the door to my first hour classroom, and sat down I let loose. I sat sobbing for close to ten minutes with the entire class just giving me these relentless stares when suddenly a girl asked me from across the room, "It's just a game. Why can't you just let it go?"

As those words came out of her mouth, I snapped my head up, and I walked out of that classroom and not a word came out of my mouth. To my surprise, nobody came chasing after me, and I didn't get in trouble by the teachers or any staff members. Maybe because they were going through the same thing I was going through, or maybe because they understood just how upset I really was.

Here's the reason I can't just "let it go" as they say:

The Royals have been a big part of my life for the better part of eight years, which is about half of my life. For six months each year, I would turn a blind eye to society and engross myself in this.... This thing that was the Kansas City Royals. It wasn't a pretty thing during the first part of my fandom. I sat through several 100+ loss seasons, and I often felt like giving up on baseball completely. It wasn’t until 2011 when I actually took baseball seriously, and it wasn’t until 2013 when I started following it religiously. The years prior, I would cheer for them, and tell myself that I was a Royals fan. I knew how baseball worked, and the basic concept of things, but sometimes I was completely lost. Nevertheless, I’ve been cheering for my boys ever since 2006.

I’ve had a rough past few years. It started when I lost my grandma to diabetic complications in December of 2012. Four months later, I suffered another loss when cancer decided to take my aunt’s life. She’d fought it for a while, but it eventually wore her out. The heartbreak didn’t stop. In April of 2013, I lost my best friend (and childhood pet), Missy. It took me a while to get over the losses of the people that I cared about. There were times that I would go to sleep wondering if I would lose somebody else close to me. Sometimes I find my mind wandering back to them. As a (then) fourteen-year old, my coping skills weren’t that great, but I learned. The way I got through that rough patch was with baseball.

During the day, I would attend school like any regular child. When I got home, I would find that my mind would start to wander, and when it wandered, it didn’t go to the happiest places. That’s when I discovered that baseball was a good way to get my mind off of things. I would come home, and my face would be stuck in the computer for hours just looking at stats. I had to learn what each one of them meant, and when I did, it was game on. At one point, my dad even told me that if I knew anything else about baseball that my head would explode. When the game started, it was like nothing else mattered. I would sit, and let my eyes soak in what I saw. This became a daily ritual for me. When there was an off day, I tried to do other things, but none of them satisfied me quite like baseball did. During the offseason, I would often find it hard to keep my spirits up. I would put the television on MLB Network, and try to sink my claws into any baseball I could find.

My luck started turning around, but just when I thought things were looking up for me, I was hit with yet another devastating blow: My great-grandma had been diagnosed with stage four breast cancer during October of 2013. Because it happened during the offseason, I didn’t have a way to get away from it all, which led me to make some bad choices. The saying, “With every action comes a reaction.” Is the summary of how things went for me. I got involved in something I had absolutely no business getting into, and it, for lack of a better term, screwed me over bigtime. Earlier this year, I completely shut down. I wouldn’t talk to my friends, I wouldn’t even talk to my family. I shut myself off from the world. The one thing that I didn’t shut myself off from was baseball. I still attended school, and I still had the same daily ritual, but I cut out a lot of people. Baseball was the one thing that had my full attention. Eventually, I came to my senses and realized that I couldn’t keep living the way I was, or I would ruin my entire life.

My life got hard, and at one point it seemed like everything around me was blowing up in my face. When the smoke finally cleared, there were two things that remained: My family, as broken as they might have been, and baseball. I got through those rough times that I thought I wouldn't end up getting through. Through all the loss and uncertainty, there was one thing that remained constant: Baseball. Particularly the Royals. The Royals helped me get through some tough stuff, so to answer, "It's just a game. Why can't you let it go?" I say this: Baseball is more than just a game to me. Baseball will always be more than just a game to me, so when the team that I love loses a heartbreaker, I’m going to show it. That's why I can't just let it go. 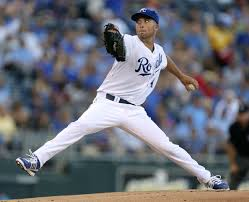 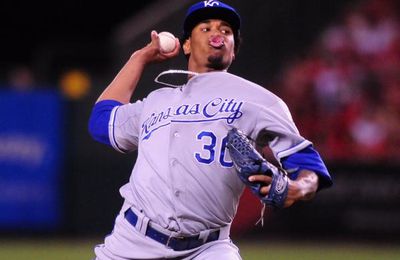 First Game Recap of the Year! WOOT!
Never Say Die
Thanks for a Great Season
Comment on this post